Jalen Randle was only 29 years old when he was murdered by Houston cops on April 27. His parents, Tiffany Rachal and Warren Randle, want answers. They want Shane Privette, the cop who killed their son, fired and prosecuted. They want justice. 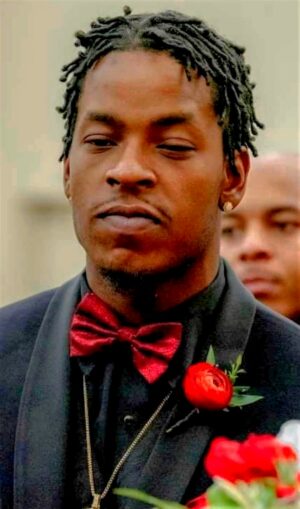 And they are using every method they can come up with to get to the truth.

There’s been a demonstration outside the Harris County District Attorney’s office. There was a march from City Hall to the Houston Police Department headquarters. There was a press conference at the courthouse. There was a town hall meeting with the HPD chief and a representative from the DA’s office.

And the parents want it known who their son was. He was a son of Pleasantville, a working-class Black neighborhood in a thriving Black community. Pleasantville was the first Black deed-restricted neighborhood in the U.S., a place where homes are passed down through families. The neighborhood was annexed by Houston in 1949 and built during the 1950s. Randle and his friends were raising their children where they grew up.

The Houston Chronicle reported June 3: “When Houston police officer Shane Privette shot Randle in the neck, Pleasantville lost a son. It lost a father and a youth sports coach. It lost an amateur veterinarian, a man who loved dogs and would help his friends give them shots when their own pets got sick.”

Jalen Randle spent his last weekend in Pleasantville, doing what he so often did — volunteering at the Judson Robinson Sr. Community Center. He spent several days a week there coaching a youth football team with friends.

When asked about the town hall meeting, Tiffany Rachal told Workers World: “I felt like Chief [Troy] Finner told us what he thought we wanted to hear. But I need action. You can talk all day long, but we need action. My question to Finner is how many bad police in your time have you released? So, we are still searching for answers.”

The next event will be Friday, Aug. 19, at 9:30 a.m. at Houston City Hall. The demands: Get Shane Privette off the streets and stop recycling bad cops. 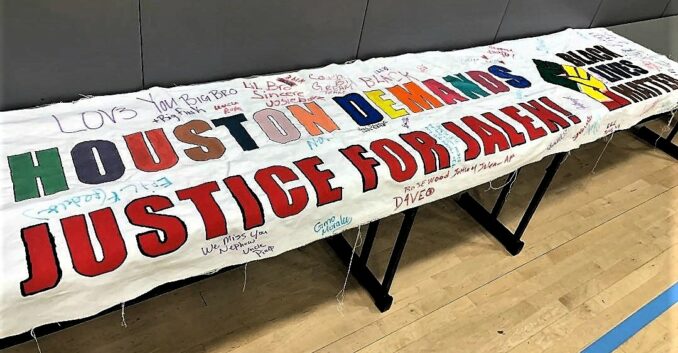