It’s the least we can do.

The U.S. was staring down a shortage of both doctors and nurses prior to COVID-19. Two years and counting into the pandemic, it’s a full-blown crisis.

There are ways that a functioning country could rectify this, but as yet, no one running the federal government has the imagination or desire or ability to seize the opportunity to build something better.

The Biden administration has gone back and forth on both student loan forgiveness and free college tuition, but the pandemic shortage of healthcare staff across the country gives incrementalists the clear opportunity for the kind of targeted reform that they’ve always argued is necessary to produce change. If we want to coax more people into working in healthcare, we should start by making college and medical school free for aspiring nurses, doctors, and healthcare workers, and paying them a bonus when they enter the workforce. In a country where healthcare infrastructure is in the midst of collapse, this is quite literally the least we can do.

It’s pretty clear what happens if we don’t. A September poll found that two-thirds of critical care nurses have considered leaving their jobs during the pandemic, and a survey the following month found that 18 percent of healthcare workers have quit their jobs during the pandemic while nearly one-fifth have considered leaving the industry altogether.

“This is the worst nursing shortage that I have witnessed in my career,” Pennsylvania Association of Staff Nurses and Allied Professionals president Maureen May told Bloomberg last month.

In June, the American Association of Medical Colleges projected that by 2034, there could be a shortage of as many as 120,000 doctors, including nearly 50,000 primary care physicians. Millions of Americans already don’t have their own primary care doctors, which rendered much of the guidance on convincing vaccine-reluctant people to get inoculated useless for many people.

But one thing everyone agrees on—healthcare workers, the hospitals, the powerful American Medical Association—is that we need more doctors, nurses, and healthcare workers, which makes it a good place to start when tackling the debt crisis.

A typical nursing student, for example, is graduating with tens of thousands of dollars in debt. It’s even worse for people with advanced nursing degrees, which are required if you want to teach other people to become nurses, even though those teaching jobs themselves are so poorly paid that nursing instructors are leaving the classroom in droves.

Medical school, of course, is obscene. The average doctor graduates with more than $200,000 in debt, so it’s not hard to see why doctors come from predominantly upper-middle-class backgrounds or wealthier. The debt burden also pushes a lot of doctors away from doing primary care in underserved areas and towards doing specialty care in the places that can afford it.

On top of picking up the tab for these students’ education, the government should just hand them a signing bonus once they graduate, pass their exams, and get a job. We already do this for the military, so handing a nurse, say, $50,000 in exchange for a five-year commitment would be groundbreaking only in the sense that the federal government would be leading an incentivization effort that doesn’t involve putting a gun in someone’s hands.

Thus far, however, even narrow higher education reforms don’t appear to be a priority. Free community college tuition was one of the earliest social programs to be chopped off of Build Back Better, to say nothing of the affordability of four-year colleges. As for student loans, President Joe Biden has done nothing but drag his feet. There has been some utilization of existing forgiveness programs, but it’s a drop in the bucket compared to the $1.7 trillion-and-growing debt burden for student borrowers.

The three-month extension of the pause on student loan payments and interest was welcome, but it’s likely that had more to do with Omicron, given the federal government and loan servicers’ full-scale outreach campaign in the final months of 2021 to get people ready to start forking hundreds of dollars to start ponying up again. And judging by the administration’s recent rhetoric, it’s a safe bet to say even one more extension past May would be surprising (with all of the usual caveats about the unpredictability of the pandemic.)

In the realm of all that is wrong with both healthcare and higher education in America, resolving the problem of student debt is a relatively minor fix to address a specific and urgent problem. There are plenty of other structural battles after that, of course: we need more hospital capacity and no barrier to care by making it free at the point of service, and it makes even more sense to expand free college education and debt relief to every American, removing a major barrier to entry for everyone including aspiring doctors. (Teachers, for one, should immediately get permanent loan forgiveness and life-changing bonuses for willingly being sent into a woodchipper.)

But in a political moment where the governing liberal majority is slim and its leaders are without aim or urgency, this is a good start. The worst that can happen is that we end up with an abundance of trained healthcare workers—and after two years of living with this and no real end in sight, no one in their right mind is going to complain about that.

“Even the best targeting is going to leave out borrowers who we need to be able to capture.” 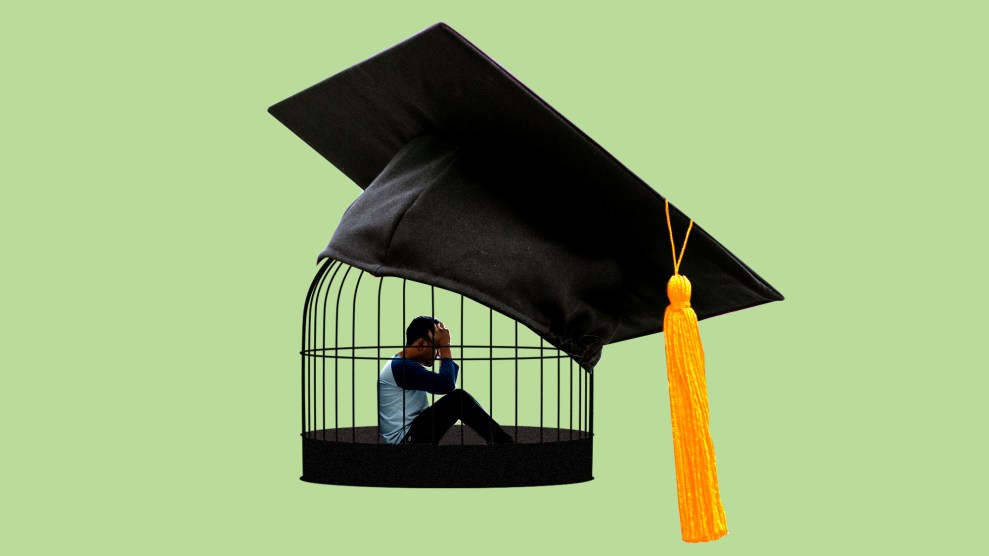 Joann is a single mother who has been a nurse since 2010. Throughout that time, she had accumulated nearly $140,000 in student loans and paid about $700 each month. The prospect of paying off those loans was daunting, but in October, the Biden administration announced an overhaul of the Public Service Loan Forgiveness program. Joann was certain she would qualify; the program forgives the loans of those who have worked in public service jobs at nonprofits like healthcare facilities or government employers like schools or the military. To be able to participate in the program, borrowers need to have worked for 120 months while continuously making payments every month. And while the PSLF had been plagued with issues since its inception—in 2021 it had a rejection rate of 98 percent—Biden’s October overhaul was designed to fix the problems and broaden the range of eligible borrowers.

But several borrowers who spoke to Mother Jones said that there has been a gap between a well-intentioned makeover and the realities for the people it is designed to help. In Joann’s case, she worked as a nurse while pursuing a master’s degree in nursing. During that time, her loans were put into deferment, which means that her payments were paused on the loan servicer’s assumption that full-time students would not be holding down a full-time job. While ordinarily paused payments would come as a relief, in Joann’s case they meant that many of the years she spent working as a nurse did not count towards loan forgiveness. 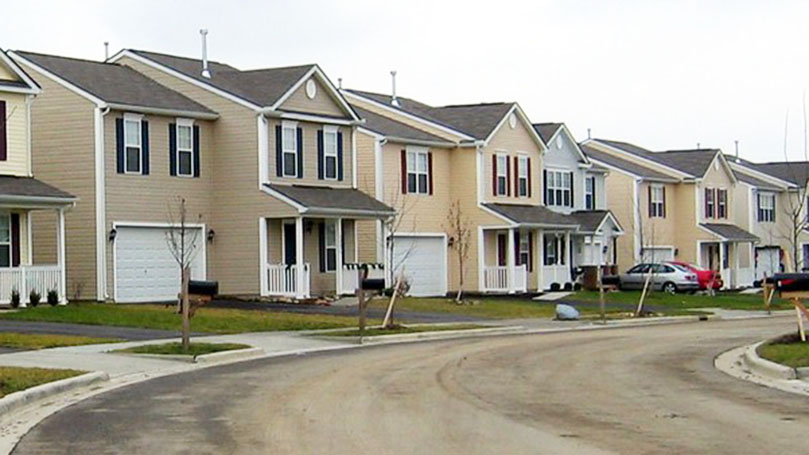